Cancer metastasis has organ specificity. For example, breast cancer is known to metastasize to the lungs, liver, bones and brain, while pancreatic cancer tends to metastasize to the liver and osteosarcoma to the lungs. In 1889, Stephen Paget, a clinician in London, published the Seed and Soil Hypothesis, proposing that cancer cells (seeds) can only metastasize in organs (soil) that provide a favorable environment for cancer cells to attach and proliferate. Since then, numerous research reports have revealed the role of not only the metastatic potential of cancer cells themselves but also the microenvironment consisting of surrounding stromal cells in the establishment of metastasis. However, the organ specificity of metastasis has been one of the biggest mysteries in the study of cancer metastasis (Fig. 1). Why certain types of cancers spread to particular organs in the body?

We have previously demonstrated in lung, liver, and brain that exosomes produced by cancer cells can reach future metastasis sites in advance (Figure X) and are taken up by cells in those organs, thereby creating a favorable environment for cancer cells to metastasize (Hoshino et al., Nature 2015; Rodrigues, Hoshino et al., Nature Cell Biology 2019).

We have also shown that cancer cell-derived exosomes selectively contain specific proteins which play as a “zip code-like” role in defining the organ-specific distribution of exosomes (specific integrins lead exosomes to localize to the lung and liver, and CEMIP on the exosomes lead to the brain). Furthermore, ELISA analysis of the blood exosomes of cancer patients showed that certain integrins were elevated in the blood exosomes of patients with lung or liver metastasis. In other words, cancer cell-derived exosomes are flowing in the blood of cancer patients (Fig. 3), and it is expected that cancer diagnostic markers can be developed based on the proteins in blood exosomes.

Hoshino laboratory is exploring the role of exosomes in tumor progression in various cancer types and their potential as biomarkers for use in medical practice, focusing on both basic research and clinical application.
We also focus on the diversity of various disease-related exosomes and aim to elucidate how specific exosomes and the proteins they contain contribute to the mechanisms of cancer metastasis.

Our laboratory is also actively engaged in collaborative research, and we are constantly seeking to develop multidimensional research with experts in various fields.


Warning: array_shift() expects parameter 1 to be array, bool given in /home/hoshinolab/hoshinolab-edu.com/public_html/wp/wp-content/themes/hoshinolab/single-research.php on line 43 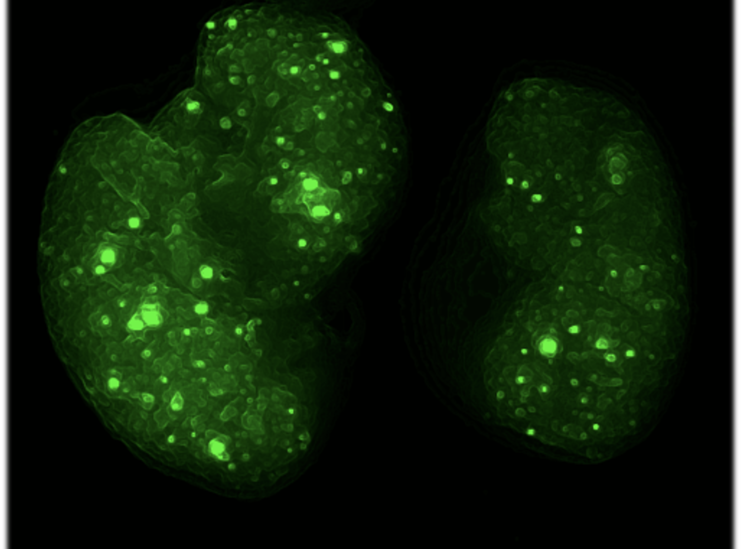